We are working hard to adjust our bodies from a UK to Australian pattern, and I think we are doing OK. But try as we might we could not sleep this morning so I thought I would go and take some photos of Sydney waking up in the morning. Just as I was setting up, a large cruise liner came into the bay to disembark her passengers and I managed to grab the photograph above as she passed the Opera House.

And the Opera House looked much better illuminated at night than it did under the previous day’s brooding and rain-filled skies. 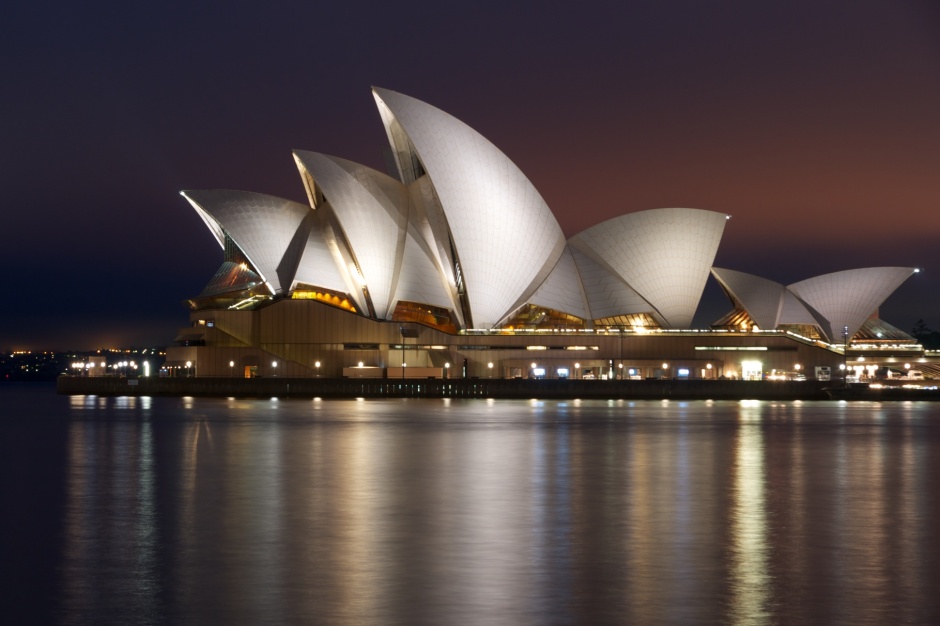 From early in the morning, the commuter ferries start bringing ‘Sydneysiders’ from the suburbs into the city centre. They all arrive at the Circular Quay by the Opera House, often several at the same time.

And while the weather was better this morning, it is still far from perfect. As you can see below, low cloud still envelopes the taller buildings. Apparently, this is the wettest summer Sydney has known for 80 years and, in other parts of New South Wales close to Sydney, people are being evacuated as a precaution against being flooded out.