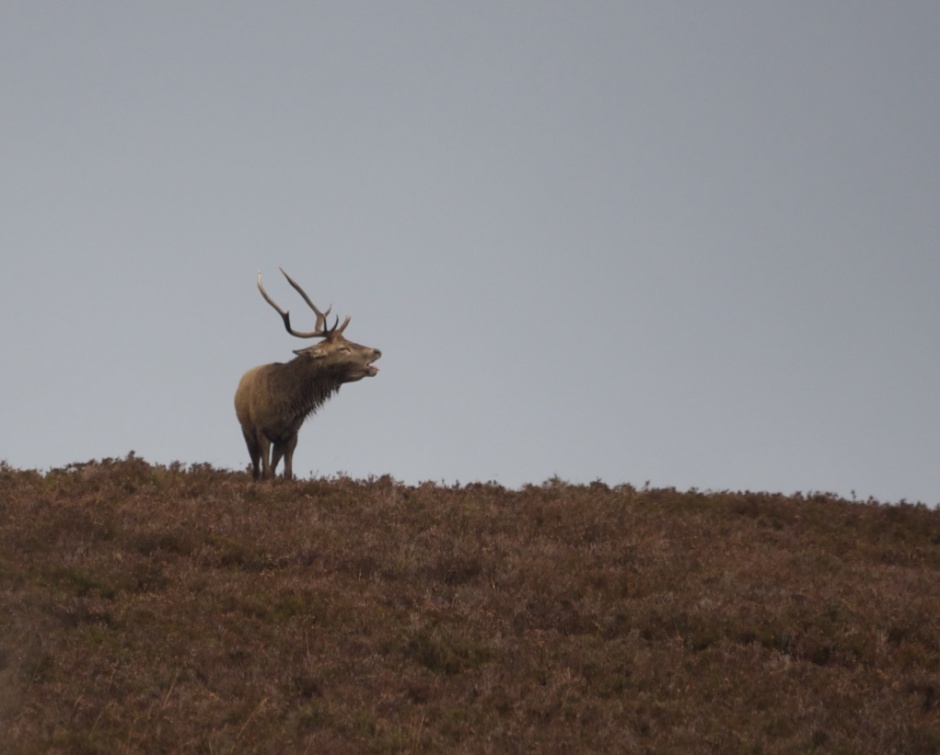 A stag with long straight antlers and very few points, or tines, is known as a ‘switch’. They are a considerable danger to other stags as when they fight there is a much greater probability of the stag penetrating the body of his opponent and causing injury. Indeed we found a dead stag close by with a large wound in the neck.

This was taken with a 500mm lens and then cropped which is why I have ended up with a rather small photograph.