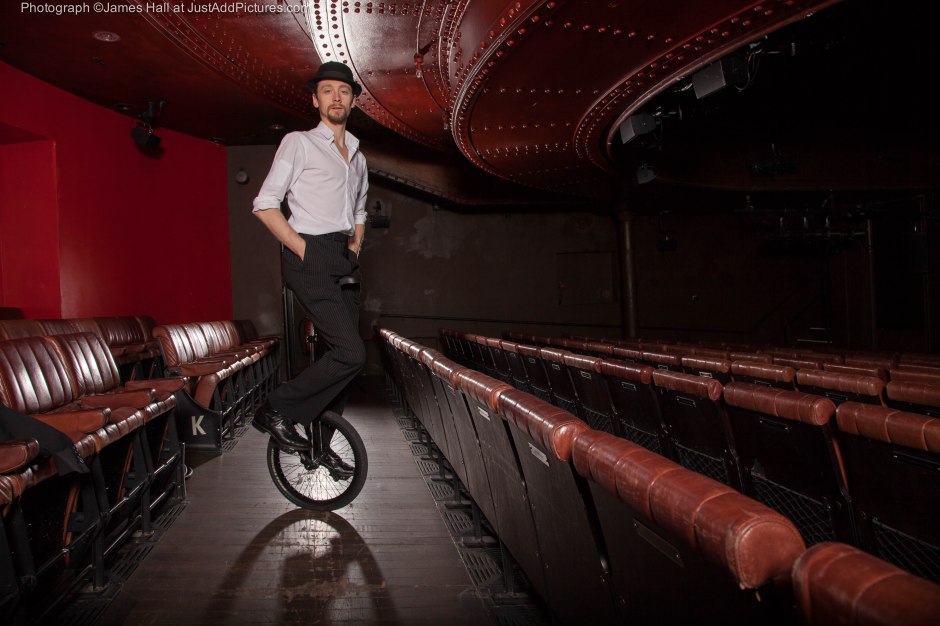 Bart Soroczynski was born to a circus family in Poland. When still a boy, his family moved to Canada where Bart trained at the Montreal National Circus School. For five years he had a lead role in the show Nomade by Cirque Eloize, directed by Daniele Finzi Pasca, which toured around the world. He then immersed himself in theatre having trained and performed in Montreal, New York, Buenos Aires, Paris and London where he now lives. He recently appeared in Chekov’s Three Sisters as Baron Tuzenbach at the Cockpit Theatre. In the winter of 2012-13 he performed for the Royal Shakespeare Company appearing as Doctor Caius in the Merry Wives of Windsor, directed by Phillip Breen, and The Mouse and His Child, directed by Paul Hunter. In summer 2011 he debuted in London at The Arcola Theatre alongside Kathryn Hunter, Marcello Magni and Patrice Niaimbana in Tell Them That I Am Young and Beautiful, directed by Marcello Magni from Complicité Theatre Company. In England he has also worked with Terry Gilliam and Leah Hausmann on Benvenuto Cellini at the English National Opera and Amit Lahav on Missing with Gecko Theatre Company, at The Place in London and on tour.
In Paris he was a member of the Irina Brook Theatre Company from 2008 to 2012 playing The Tempest as both Ferdinand and Trinculo as well as Somewhere La Mancha, an adaptation of Don Quixote touring worldwide.
In film he has worked with French director Philippe Muyl in his film Magique and Swiss director Michael Finger playing the lead in Son Of A Fool (The Fool And the Princesses).
Other roles include: Papa You’re Crazy a monologue adapted for the stage and directed by Nora Armani from the novel by William Saroyan, presented at the William Saroyan Centenary Festival in Yerevan, Armenia; Tiresias in Oedipus Rex with Trama Theatre Company directed by Luca Giacomoni in France; Arlequin in The Island of The Slaves by Marivaux with the Théâtre du Conte Amer in Paris, directed by Marc Zammit; Julien Sorel in The Scarlet and The Black (adapted from the novel by Stendhal) with the Théâtre du Conte Amer in Paris, directed by Ophélia Teillaud; The Mother and The Shoemakers by Stanislaw Ignacy Witkiewicz, directed by Monique Stalens, also in Paris.
He was involved as a teacher, performer and artistic consultant in the project Inussiq-Cirque Arctique coordinated by Guillaume Saladin on four separate occasions. The project was a part of initiatives to support youth in the Inuit community tackling issues such as depression, substance abuse and youth suicide. In conjunction with others from the National Circus School he travelled to Igloolik, Nunavut in the Arctic Circle, where he established creative projects for Inuit youth to involve young people in the community in creative projects while at the same time confronting them with new challenges (1999-2007).
His prizes include the GEMINI AWARD in 2005 together with the artists from Nomade (Cirque Eloize) for the film Nomade : At Night, the Sky is Endless in the Best Performance in a Performing Arts Program or Series Category, Toronto Film Festival, Canada.
He was a finalist for the 2011 Off West End Theatre Awards in the category Best Ensemble with Tell Them That I’m Young And Beautiful directed by Marcello Magni.
In 1999 he wrote a book entitled Le Monocycle. This was published in Canada by Éditions Logiques and distributed in France, Switzerland and Belgium. Le Monocycle is a helpful guide for both beginners, as well as experienced unicycle enthusiasts.