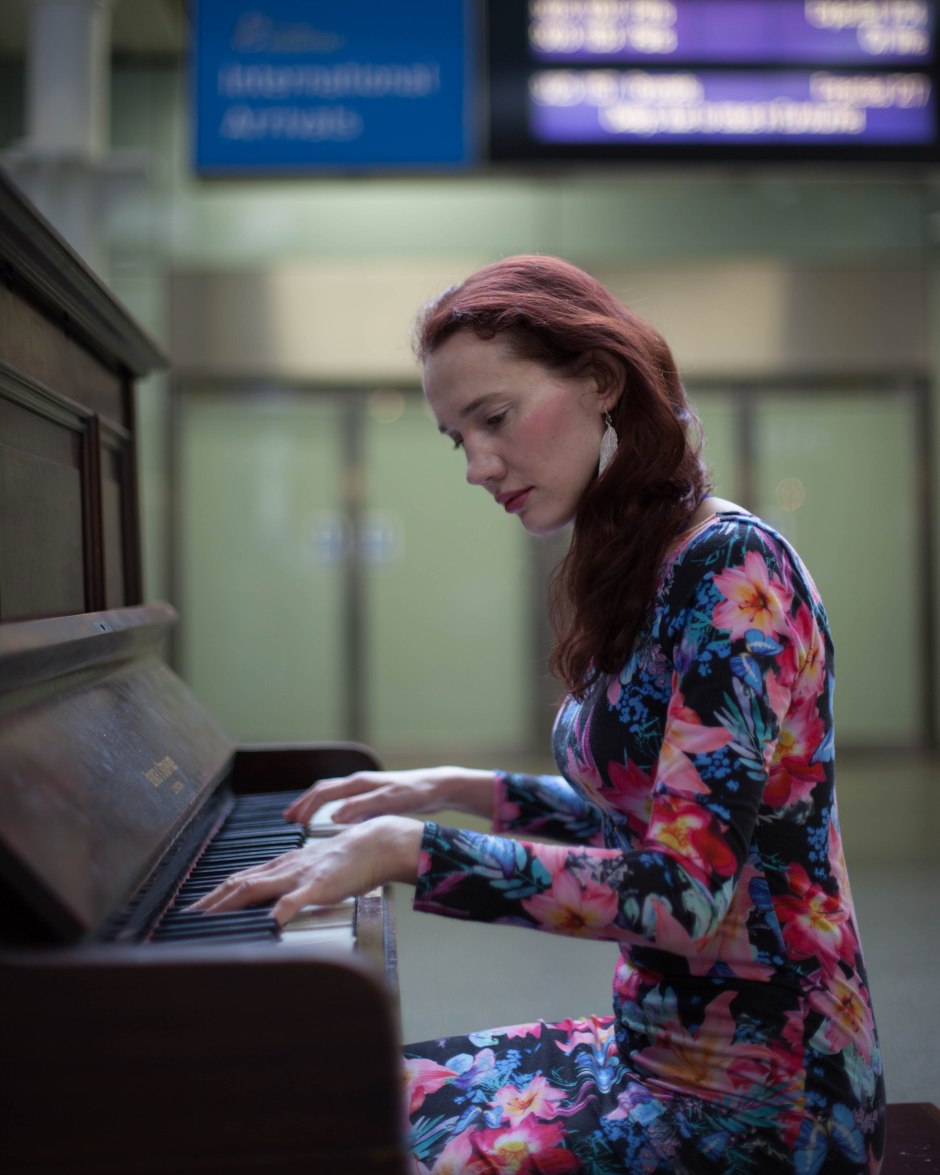 I’m excited to report that my picture of Maja Szymczyk singing at St Pancras has been selected as one of the winners of the national Portrait of Britain competition. Portrait of Britain has been organised by the British Journal of Photography in conjunction with JC Decaux, the UK’s largest provider of advertising screens. The winners were announced today and the winning pictures will be displayed on selected JC Decaux screens for one month from 1 September.

The picture is from a series about Polish artists working in Britain, a project intended to illustrate the substantial Polish contribution to life in Britain, and to counter negative, stereotyped perceptions of Polish immigration. I submitted several photographs and it is particularly appropriate that this image was selected as Maja Szymczyk was the initial inspiration for the project and key to making it happen. Maja is a multilingual singer and songwriter, actress, model and presenter based in London. Her website is www.planetMaja.com. The photograph shows Maja playing one of her songs on the public piano by Eurostar Arrivals in St Pancras International Station, a key connection between Britain and the rest of Europe.

The photographs are all available to view on the Portrait of Britain website, as well as being displayed on JC Decaux’s digital advertising screens. Locations where the work can be seen include all major rail hubs including: Euston, King’s Cross, Liverpool Street, London Bridge, St. Pancras, Victoria and Waterloo in London as well as Brighton, Birmingham, Edinburgh, Glasgow, Leeds, Liverpool Lime Street, Manchester Piccadilly, Newcastle, Nottingham, Sheffield and York to name but a few. It will also be showcased across retail screens UK-wide including major shopping destinations such as Bluewater, Lakeside, Bullring (Birmingham), St David’s (Cardiff), Liverpool One, Trinity Leeds, and Eldon Square (Newcastle) and Metrocentre (Newcastle), West Quay (Southampton) and Brent Cross (London) and many more.

Despite the number of locations at which the photographs will be shown it seems unlikely that I will actually see the image displayed. So if anyone reading this does happen to see the picture of Maja on a JC Decaux billboard, please take a photograph and send it to me.