Bologna is home to the oldest University in Europe, dating back to the C11. Originally distributed across the city, it was from the second half of the C16 based in the Palace of the Archiginnasio, now open to the public. At the core of the Palace is an extraordinary anatomical theatre; a wood-panelled theatre in the round where bodies were dissected for medical instruction. Dating from 1734 the theatre features a raised teacher’s desk with a canopy supported by two “spellati”, wooden sculptures of men with the skin removed so the underlying muscles can be observed. They are a macabre but compelling sight, and a marked contrast to the traditional figure of Apollo at the centre of the ceiling. 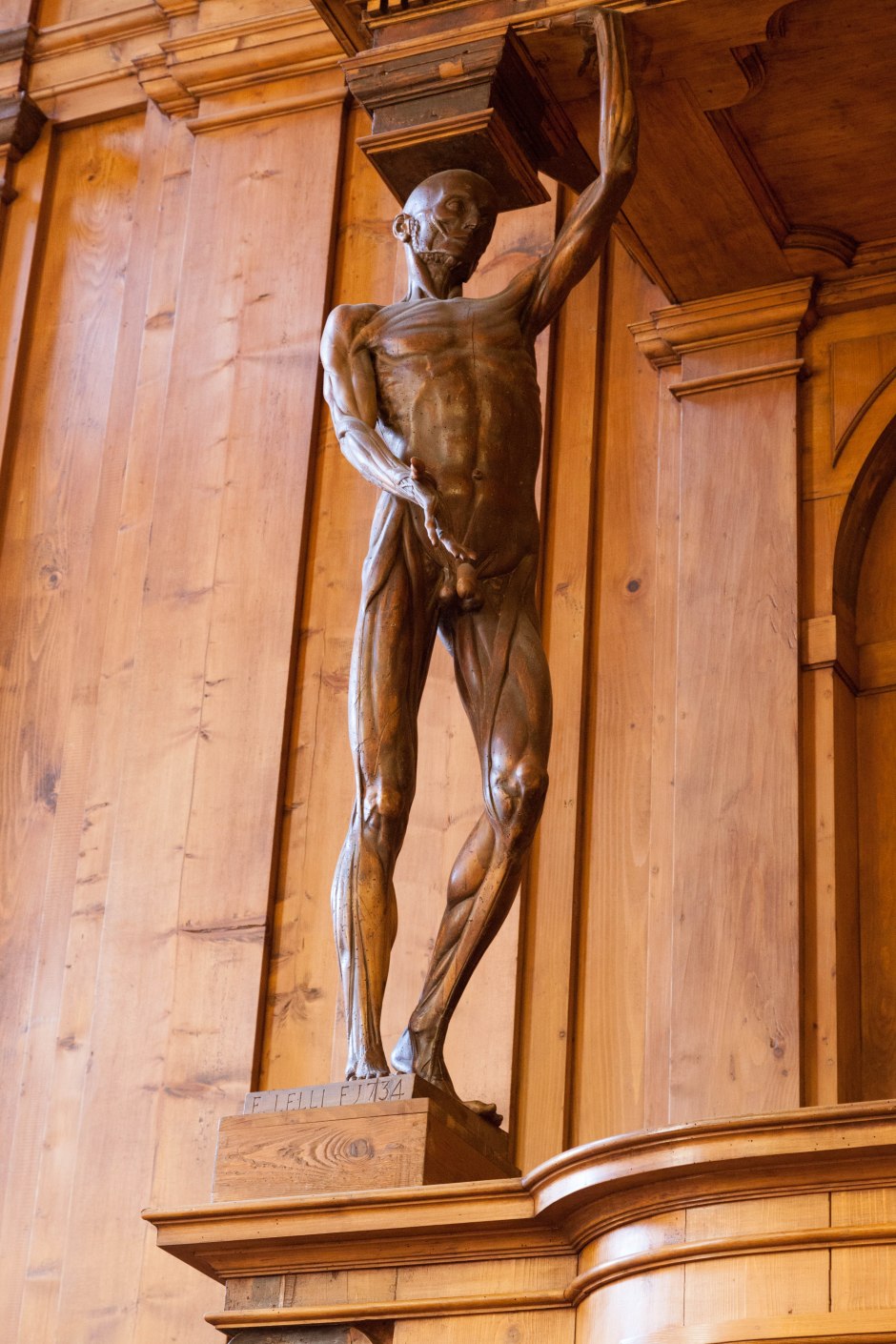 The other remarkable feature of the Palace is that every wall in the public areas is covered with heraldry, each shield recording the presence of a teacher or pupil at the university. As graffiti goes, it is of the very highest class. 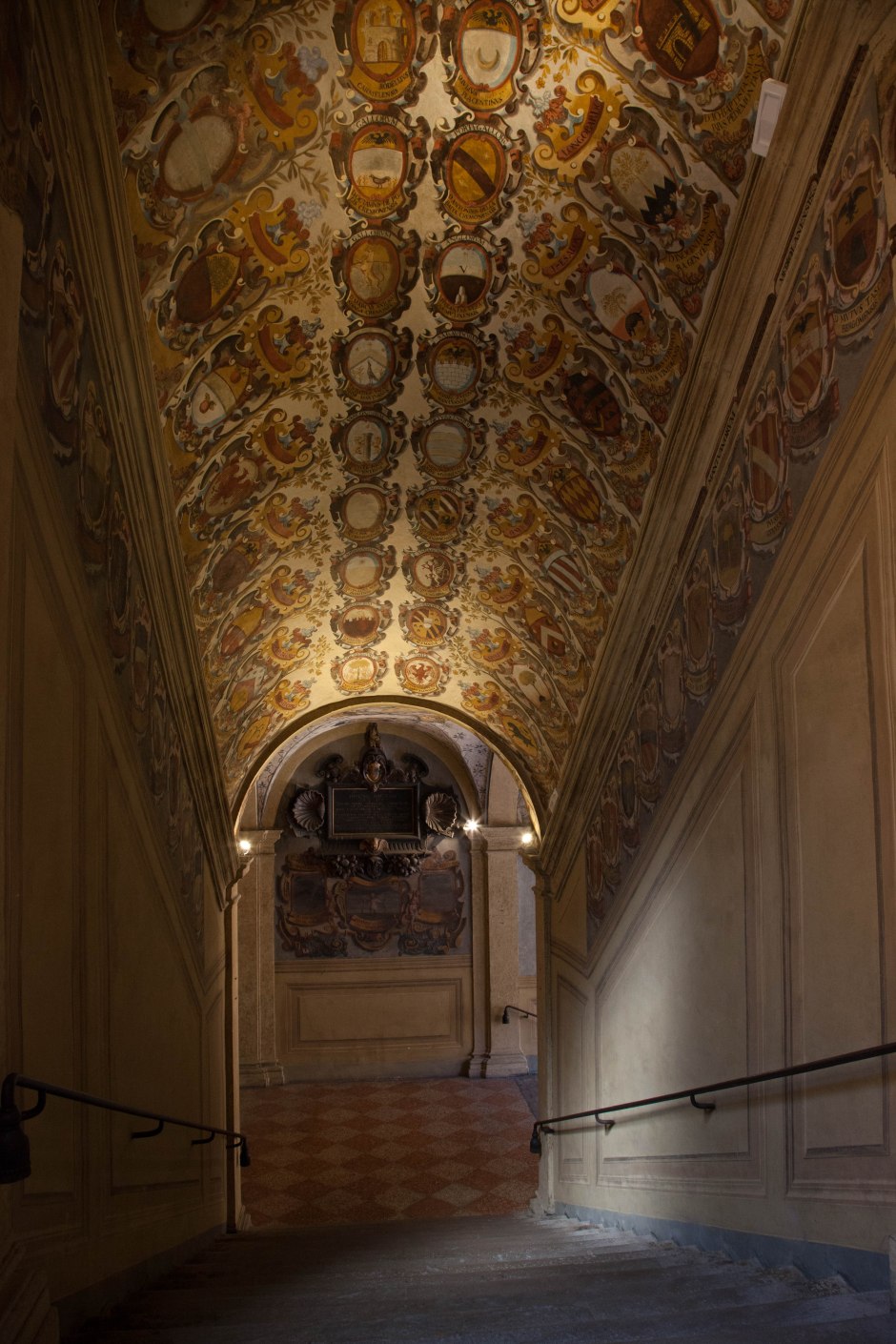