One of the joys of having time to walk through London is the chance discoveries, or re-discoveries, you make all the time. Walking through Embankment Gardens this morning I came across the gateway above. It is the old river gateway to York House built in 1626 by the aptly named Nicholas Stone for the Duke of Buckingham who had just bought York House. It is a small world of course because Buckingham was a close confidant of Charles I, whose art collection is currently being celebrated at the Royal Academy and which I reviewed here. Buckingham’s counsel was not greatly valued by the public large and he was assassinated for his trouble; like Charles I his artistic taste was well ahead of his political judgement. York House was demolished in 1675 and the gateway became separated from the river when the Embankment was built in the mid-C19.

Nearby is an artwork from the C20 but which commemorates a group which perhaps feels as remote as Charles I and Buckingham. The group is the Camel Corps which saw active service throughout the Middle East in World War I. It is a charming bronze which is well worth stepping to admire if you are passing. 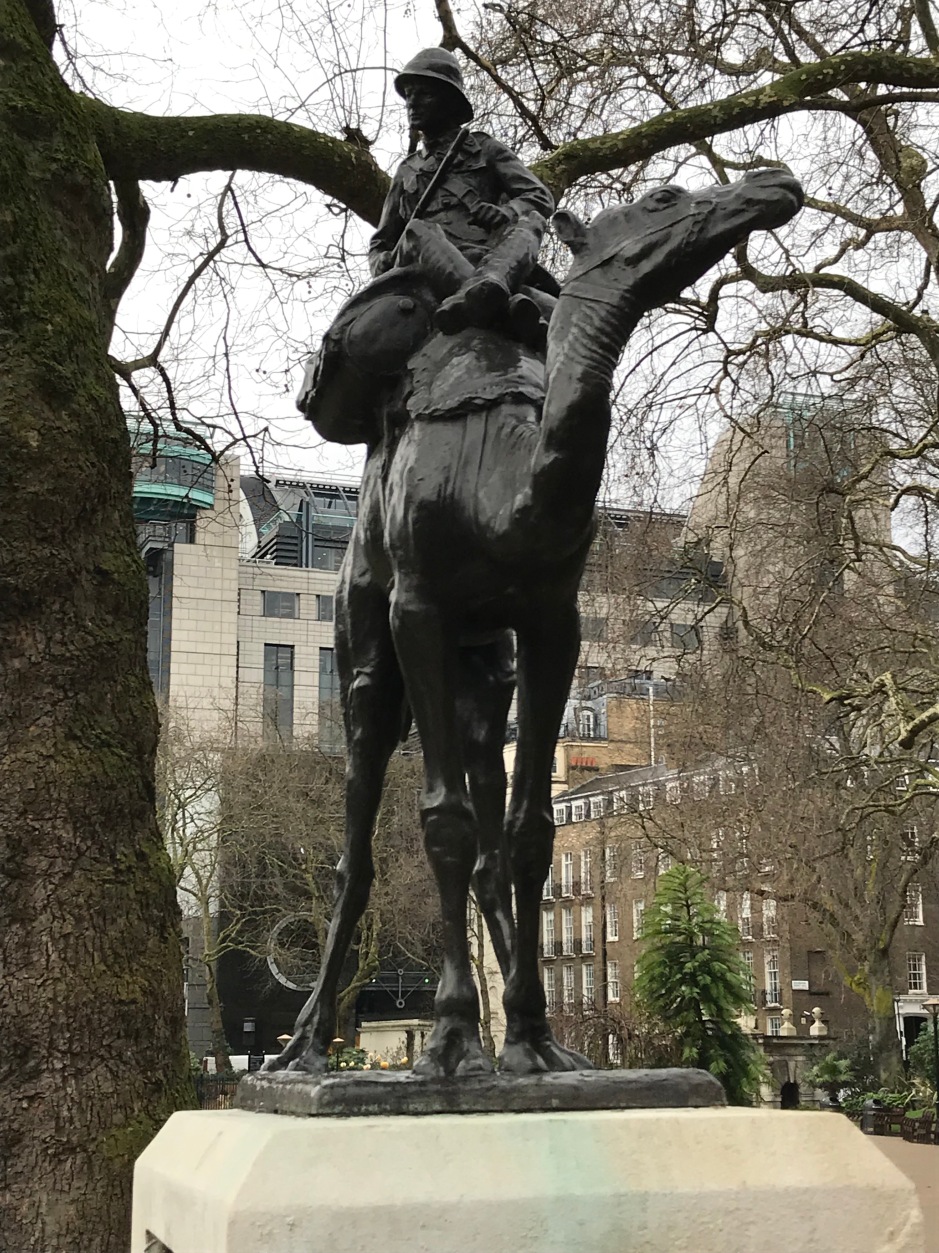