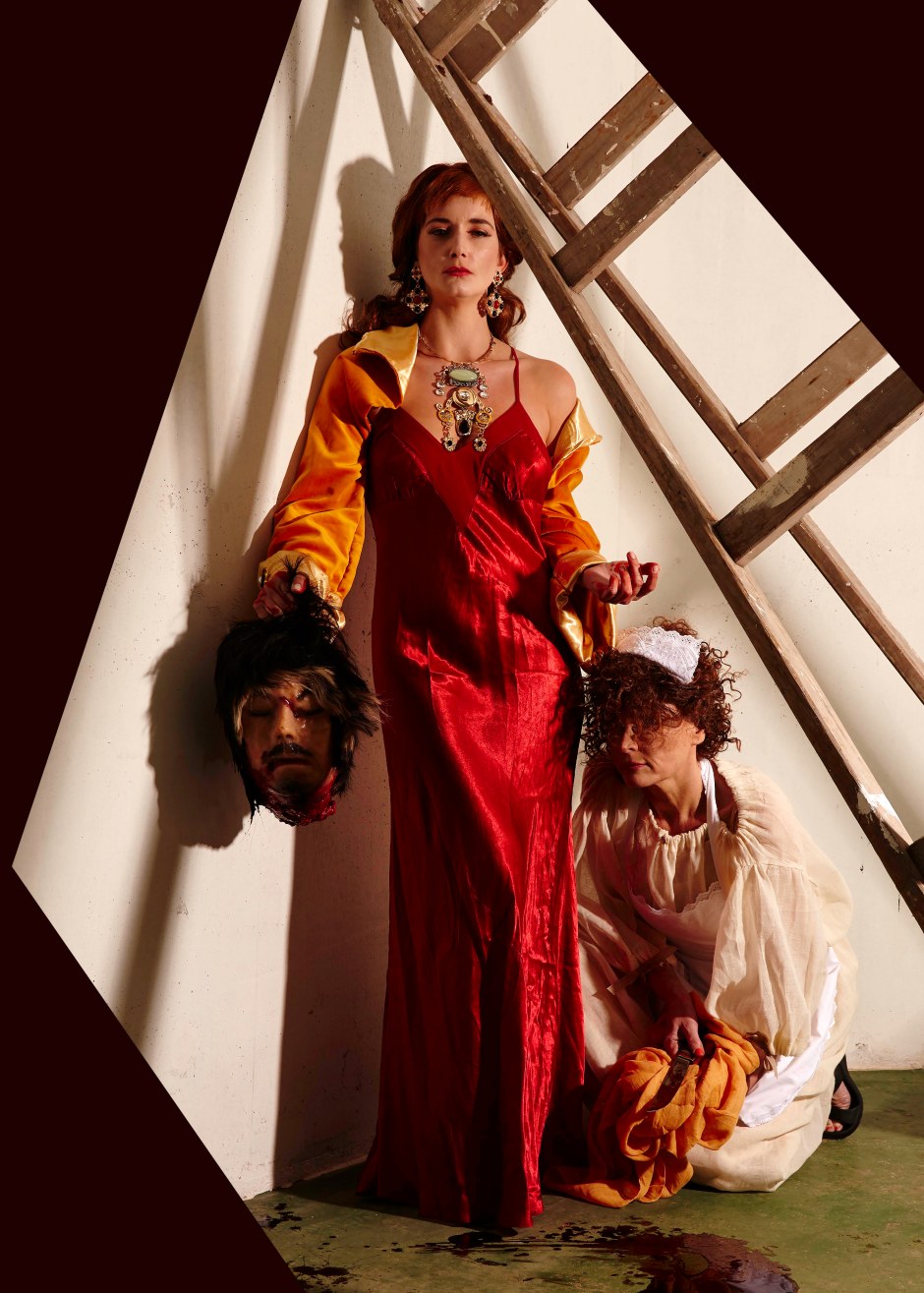 The story of Judith and Holofernes was a staple of Old Master painting, providing as it does a vivid, dramatic, secular story within a religious context. It was famously painted by Artemisia Gentileschi one of the few known female painters of the late Renaissance. Herself subject to rape, abuse and a father who failed to support her at her time of need it is a subject which particularly comes alive in her hands.

According to the Book of Judith, Judith, a daring and beautiful Israelite widow, goes with her loyal maid to the camp of the enemy general, Holofernes. Gaining his trust, she is allowed access to his tent one night as he lies in a drunken stupor. She decapitates him, then takes his head back to her fearful countrymen.

This photograph above features Stephanie Dubois with the ‘if anyone could, I could’ look and Suki Miles who also styled the costumes and created the head. It is one of a number of treatments of the subject that I have been playing around with. Whether it is the finished version, I am not yet sure.