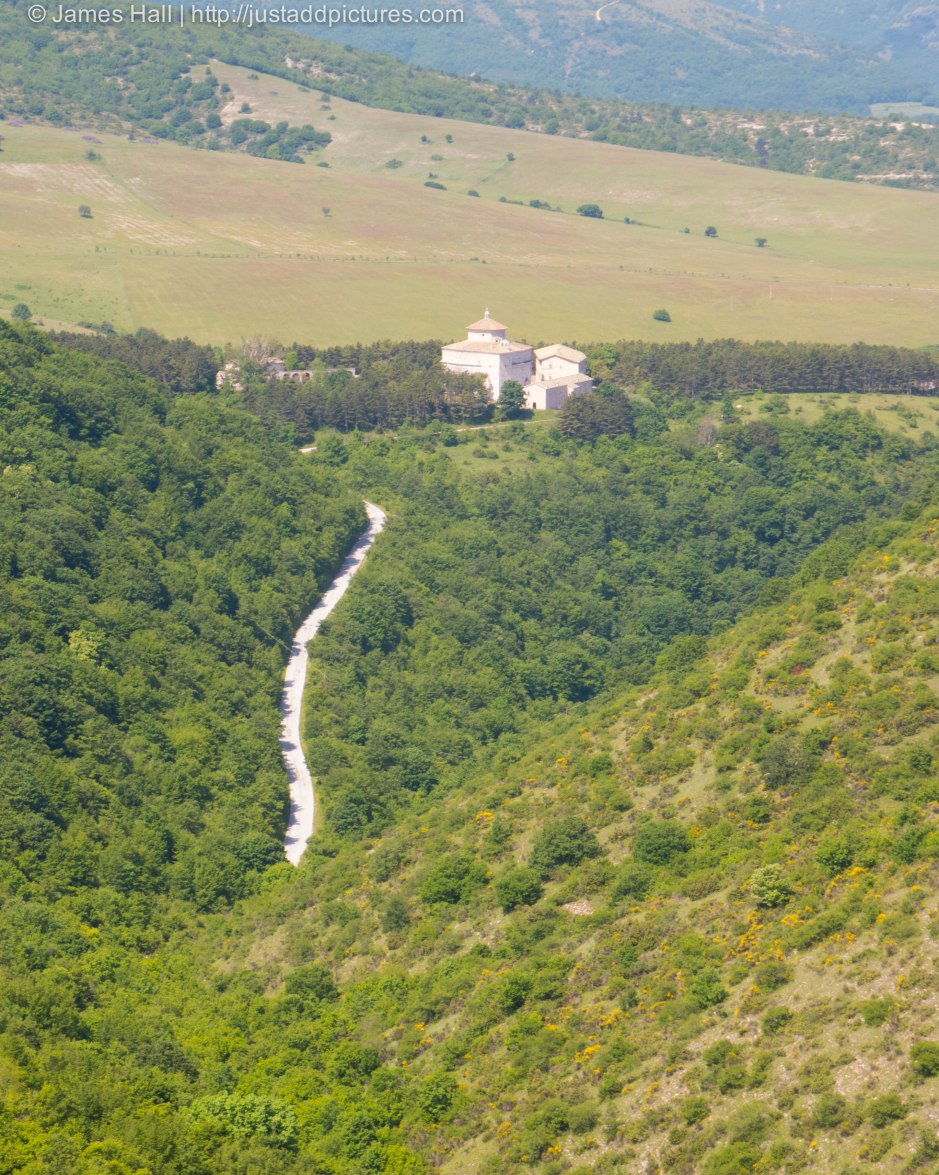 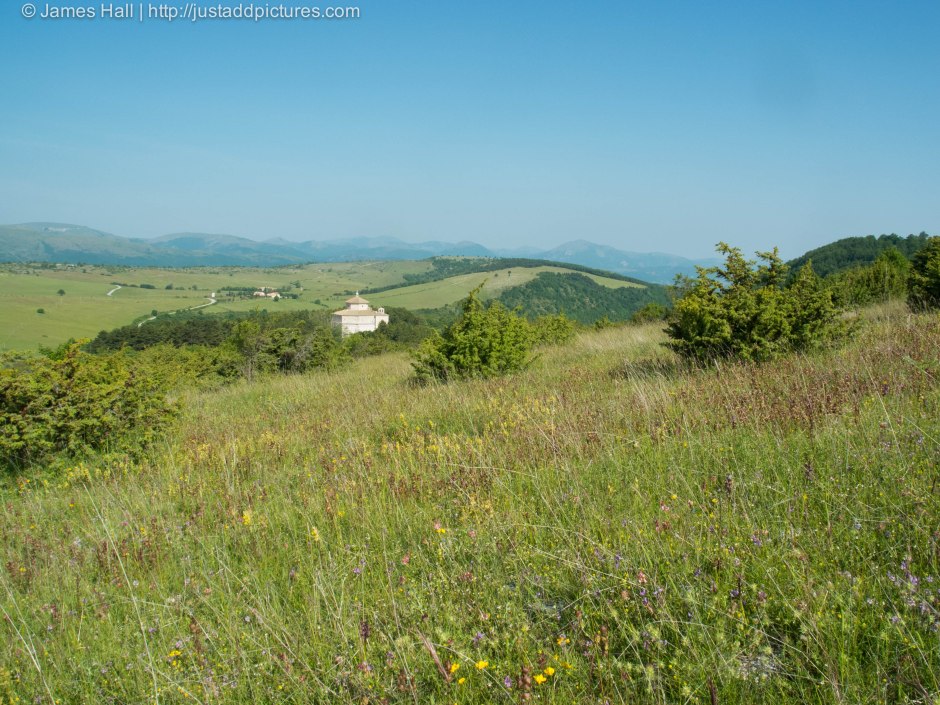 I visited a lot of fascinating places during my visit to Italy but felt like quite such a secured place as the sanctuary of the Madonna of Macereto. Situated high in the Monti Sibilinni mountains and far from the nearest town, you climb a winding road and suddenly see through the trees a beautiful octagonal chapel. According to legend the original sanctuary was built when a donkey transporting an image of the Madonna sunk to its knees and refused to move. More plausibly, it was an important waypoint on the route across the Apennines to the major pilgrimage centre of Loreto.

I don’t think you need to believe in God to find certain places moving or sacred. And this sanctuary, the combination of a simple but beautiful building and a stunning and improbable location in the high mountains (it is located at a height of about 1,000 metres) certainly moved me enough to vista three times in three weeks. 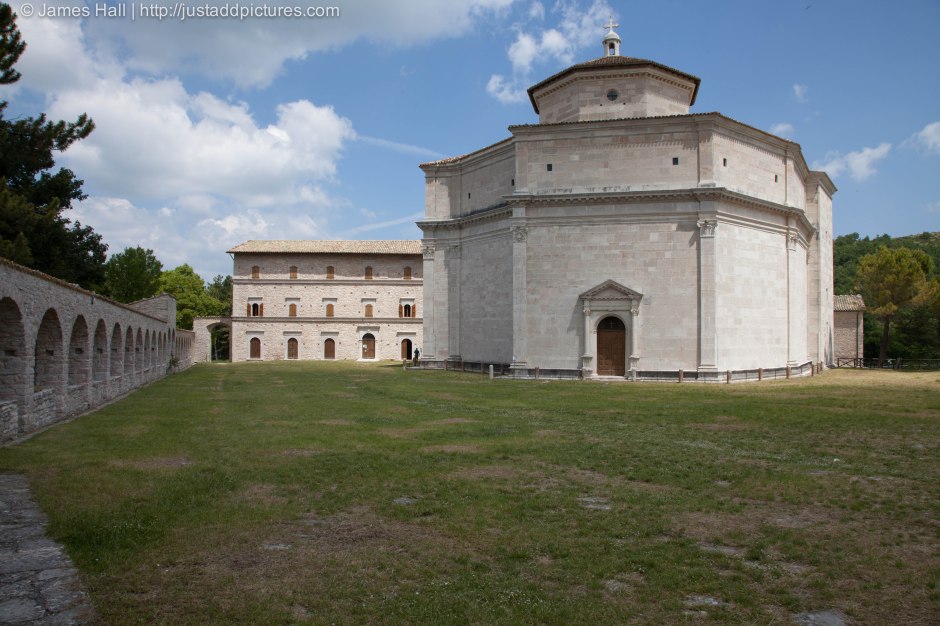 Up close the sanctuary is a lovely Renaissance building in the style of Bramante. It was built from 1528-38 and the architect was Giovanni Battista da Laguna. Sadly he fell from the scaffolding during the project and is buried underneath the church. Beside it is the Palazzo dell Guite, built some 50 years later, which I assume were lodgings for pilgrims and a long covered arcade which was apparently used for markets and fairs.

Inside the decoration is restrained and simple with an elegant altarpiece. But in the centre of the church is a large limestone edifice which surrounds the earlier C14 oratory on the same site. To me it makes the whole site feel like one of those Russian dolls which you keep taking apart and finding something else interesting in side. It really was one of may favourite places in Le Marche.