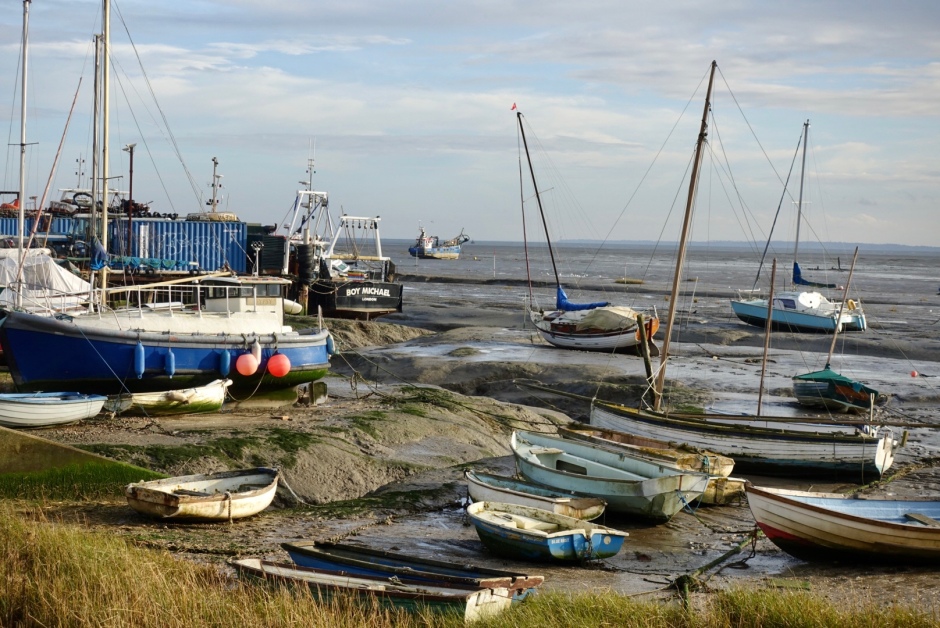 I will confess that twenty-four hours ago I could not have told you where Leigh-on-Sea was. But now I know. Making an unfamiliar visit to Southend, the train passed by this inviting old seaside town on the north coast of the Thames Estuary. On my return I got off the train and went to pay a visit, getting back to the station just before it started to pour rain.

Leigh is an ancient Thames fishing port accessible by boat only at high tide. When I was there, the tide was out and the mudflats stretched interminably out into the distance.

I was told that this is a very popular visiting spot in the summer, but on a cold day in January the only people I found to speak to was an intrepid rambler from West Ham, eating her sandwich in the most sheltered spot she could find, and a loaf fishmonger, from Sicily of course. We joked that Sicily and Scotland were alike in being simultaneously part of a larger entity and a place apart. 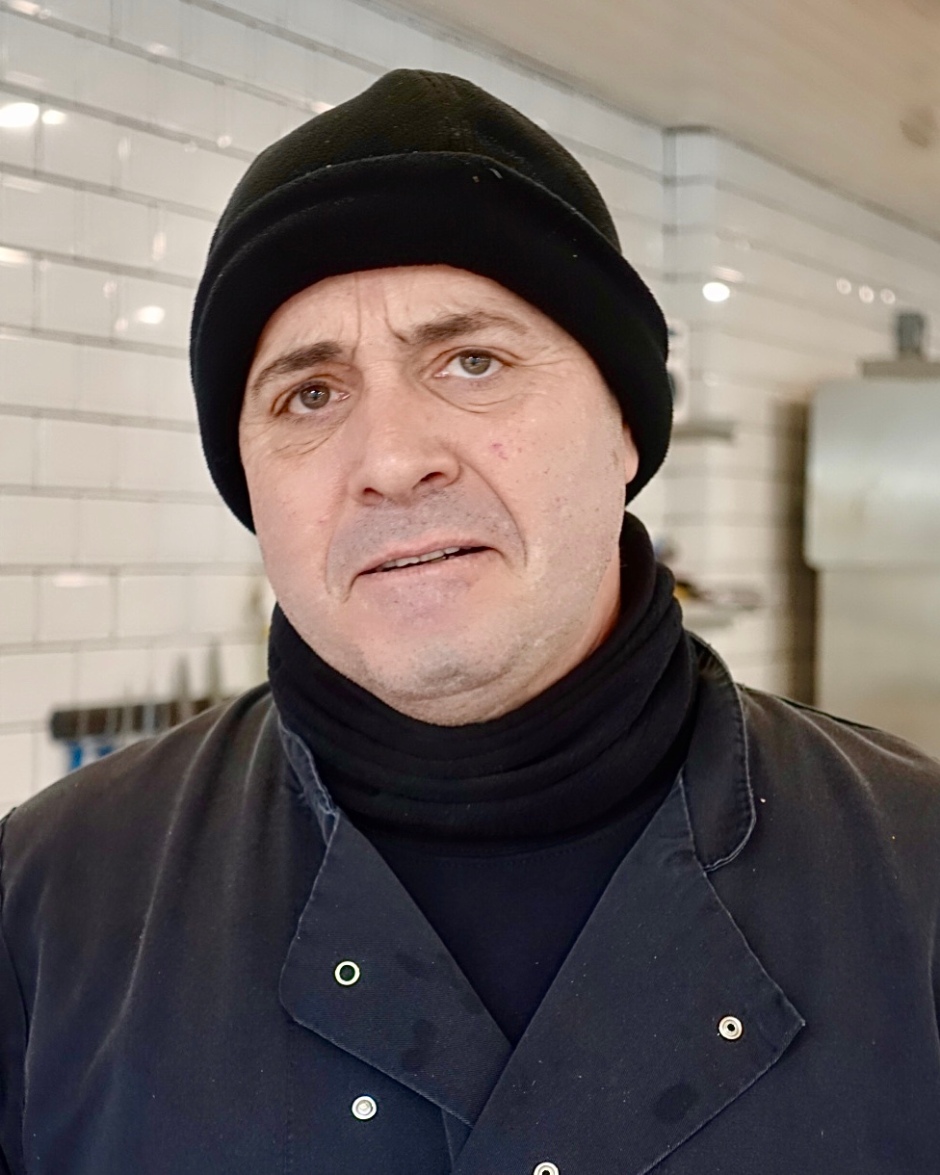